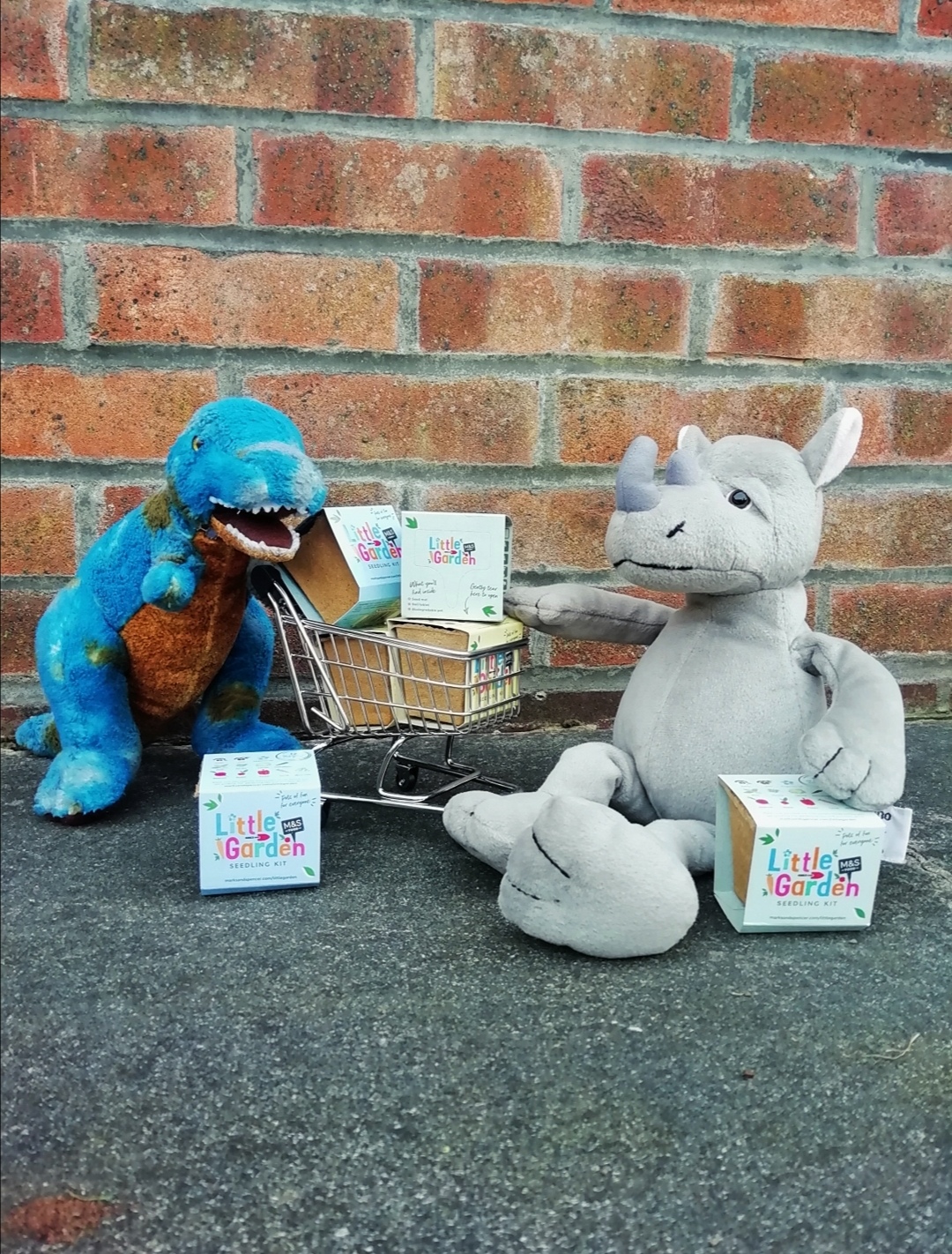 Continuing my social isolation theme of green, I thought I’d try my hands at gardening. It was a lucky idea as my photographer had just been good shopping, Marks and Spencer had been giving out boxes of seeds as part of a little garden promotion. The kind human in store took pity on my stressed photographer and gave them lots of garden goodies.

Luckily, M&S also had a dinosaur sized shopping trolley so I could help bring my new plant friends home. The eleven boxes didn’t say what type of seeds I had but that didn’t deter me. Unimpressed rhino decided to join the fun.

We started by emptying out the contents of each box; a soil cube, a pot and some seeds in a bag. The soil was rather small so we decided to put it in water to help it wake up. I think I used too much water as the soil expanded a lot and I ended up with too much.

Placing most of the soil in the pots, I decided to add the seeds in their paper packets before covering them in more soil.

Afterwards I decided the plants might like to see the garden, where they will live in the future. So I got rid of my photographer’s stuff from the kitchen windowsill (don’t tell anyone).

Each box had a small sign which unimpressed rhino placed into the plant pot, I think they had instructions and a name for the plant. Sadly, I don’t know any of their names as neither unimpressed rhino or I can read. My photographer won’t tell us, so we will have to try and guess as they grow. Stay tuned to find out …

4 thoughts on “Growing a little Garden”