In between Italian adventures, I have temporarily returned to the (arctic) North of England. So to help cheer myself up and inspire the planning of my next adventure, I chose to take a wander along the beach.  Setting off on what I believed would be a short quest to find coffee and cake (as always), I ended up on a 10km hike (oops!).

I love the coast, especially in the North East because it is so rugged and green.  After an emotional couple of weeks where I found myself needing a break from social media, the ocean proved to be a calming influence where I could meditate on recent events and wash the stress away from my mind. 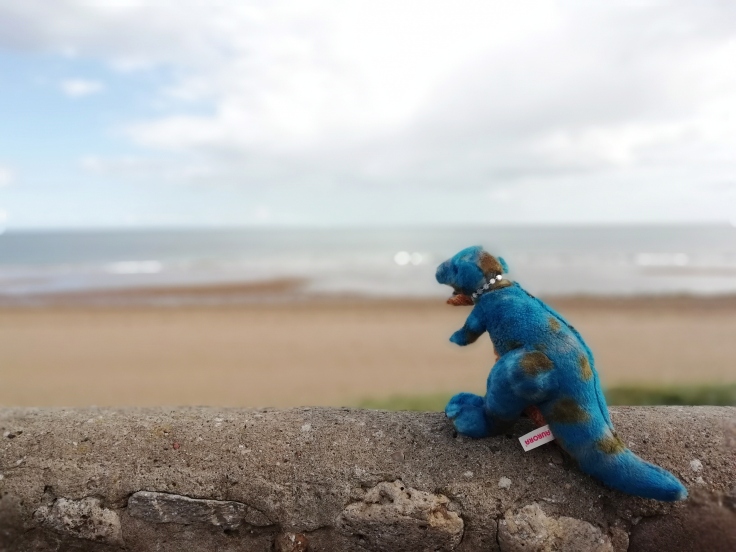 Last time I ventured to the coast, I only made it to the first pier, so this time I was determined to get further. The thing I love most about the seafront at Seaburn is the seats on the promenade. But, some face away from the ocean and the waves can sneak up and splash you!

I decided to try and be brave and dip my toes in the ocean. It was freezing! I think I’ll stick to watching  waves from now on. To warm myself up, I decided it was time to stop for coffee and cake (yay!).

Heading up to the cliffs, I was lucky enough to see some puffins. The hills made the cliffs seem really steep, but the trails alongside were exhilarating to walk along.  I’ve never seen cows wandering so close to the ocean before. 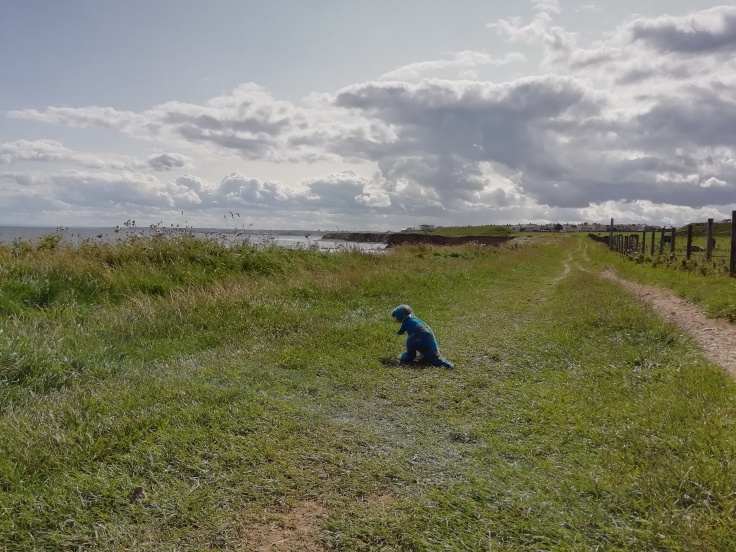 My wander along the cliffs took me past several WW 2 bomb shelters and finally to a cove with lots of caves to explore, but sadly the tide was coming in so I’ll have to come back and explore more on another day.

Finally I made it to the tall, stripey, pointy building. I think it’s a lighthouse. What an enjoyable view to end my walk along the coast, a small break set me up nicely for my walk back along the road.

Seeing the clifftops and hidden coves of sand has made me really excited about my next adventure to the Amalfi Coast, I am so excited to visit the well known clifftop towns, channel my inner Audrey Hepburn and eat my body weight in Pizza!

Sonder [v.] the realization that each random passerby is living a life as vivid and complex as your own—populated with their own ambitions, friends, routines, worries, and inherited craziness—an epic story that continues invisibly around you like an anthill sprawling deep underground, with elaborate passageways to thousands of other lives that you’ll never know existed, in which you might appear only once, as an extra sipping coffee in the background, as a blur of traffic passing on the highway, as a lighted window at dusk.

One thought on “Hiking along the seaside.”