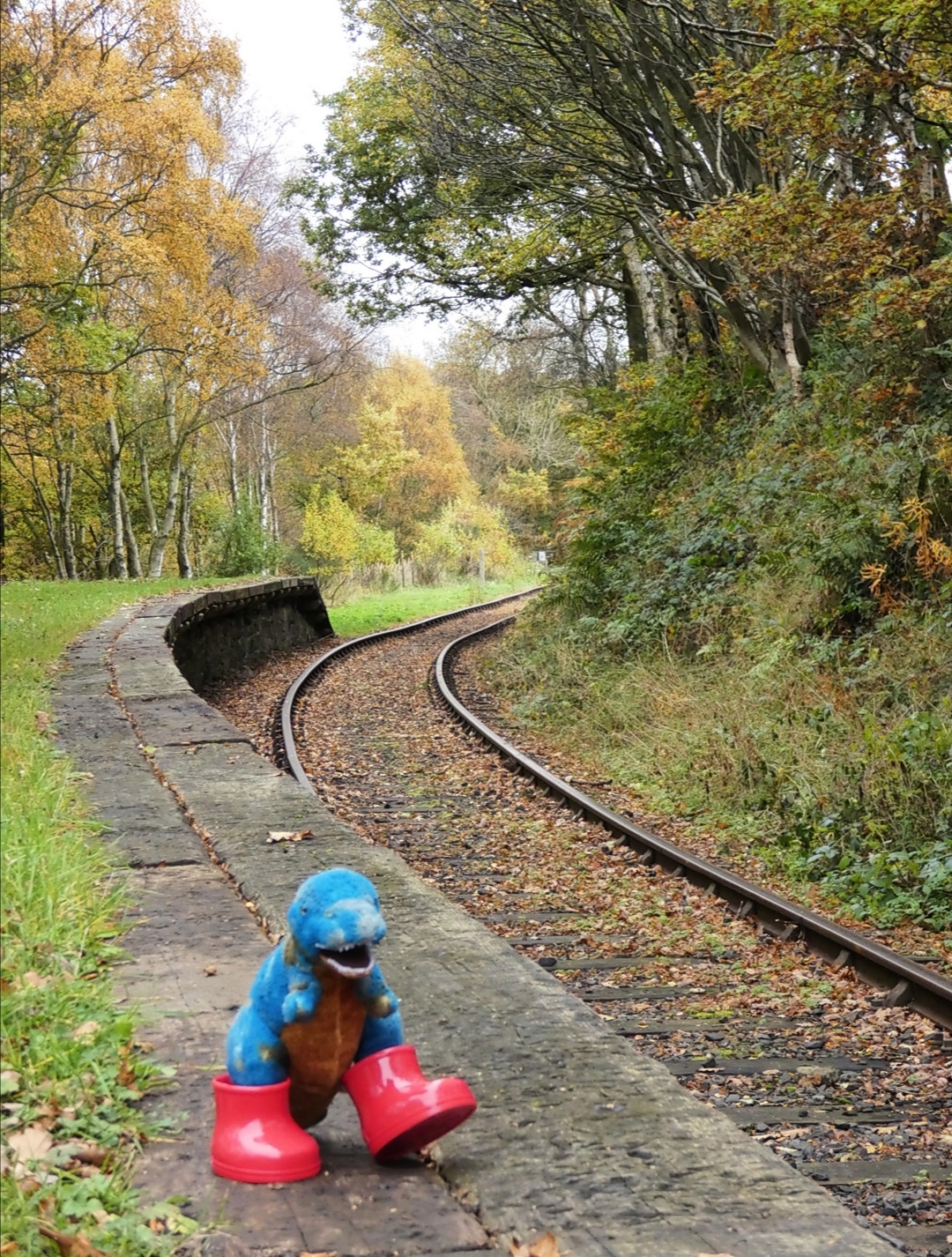 Disclaimer: no bridges were climbed in the making of this post (lazy dinosaur alert!).

Another autumnal afternoon, another excuse to crack out my wellies. I’m always excited to go and jump in some piles of leaves. In hindsight, I’m grateful that I chose to go here because as many of you will now know, England is back in total lockdown once again. So sadly there won’t be many adventures for at least the next four weeks (dramatically sobbing dinosaur).

Causey Arch is located in County Durham close to Beamish Woods which I visited a couple of weeks ago. This is an area rich with exciting places to explore. So far I’ve ticked off three.

Causey Arch is actually a bridge near Stanley in County Durham. It isn’t very well known even though it has the title of World’s oldest single arch railway bridge. It is another key part of the areas industrial heritage. Built back in 1725-26 by stonemason Ralph Wood it was designed to take coal to the River Tyne on one track and return empty wagons on the other. Avoiding the steep hill allowed 900 horse-drawn wagons to cross the arch each day.

It is a sad story behind the Arch, such a grand design was only used until 1739 when Tanfield colliery was destroyed by a fire. Sadly, Ralph Wood killed himself prior to completion, though his signature can still be seen on the sundial.

I will be honest, the aim of my walk wasn’t for the history, nor for the arch. I was there to search for otters (and show off my red wellies again). The version of the walk I took was really steep and muddy, but there is an accessible path to a beautiful view of the bridge (no steps at all!).

Causey Burn runs into Beamish Burn which eventually turns into the River Tyne at a rather beautiful spot on the English Coastline. I’ve been itching to escape recently, given all of the depressing news. So what better place to go than an abandoned area which has been reclaimed by nature. There are so many different paths to follow, I struggled to choose. I will definitely be returning in spring when the wildflowers return.

The trees are huge and each one was a different shade of orange. I heard a woodpecker at one point but I couldn’t see him anywhere. I like how many of the smaller birds were happily flying about. Anyway, I made it down the muddy bank to the small stream. It was time to search for the otters, elusive little creatures. I have searched for them when I was in Shetland but had no luck.

There are remainders of the quarry along the riverside and lots of little wooden bridges to run across. I must have been making far too much noise because the otters were hiding. The gorge is stunning, I can see why there were lots of photographers milling about in the November sunshine. Sadly, no-one wanted to take my photo.

At the other end of the gorge, stands Causey Arch in its imposing glory. You can’t walk under it as the structure isn’t safe. But, the view from the top of the bridge is even better. My photographer wasn’t as brave as I was and ran across without looking over the side.

The other side of the arch was the railway station, though something tells me it is no longer used. My photographer has fond memories of the Causey Arch railway station because it is where the train used to start for the ride to the north pole to visit Santa! I would love to get the train to visit Santa but my photographer is a bit of a Bah Humbug (dislikes Christmas). I waited for a while to see if a train would come but it was eerily quiet. So I decided to head home to begin my four weeks of lockdown.