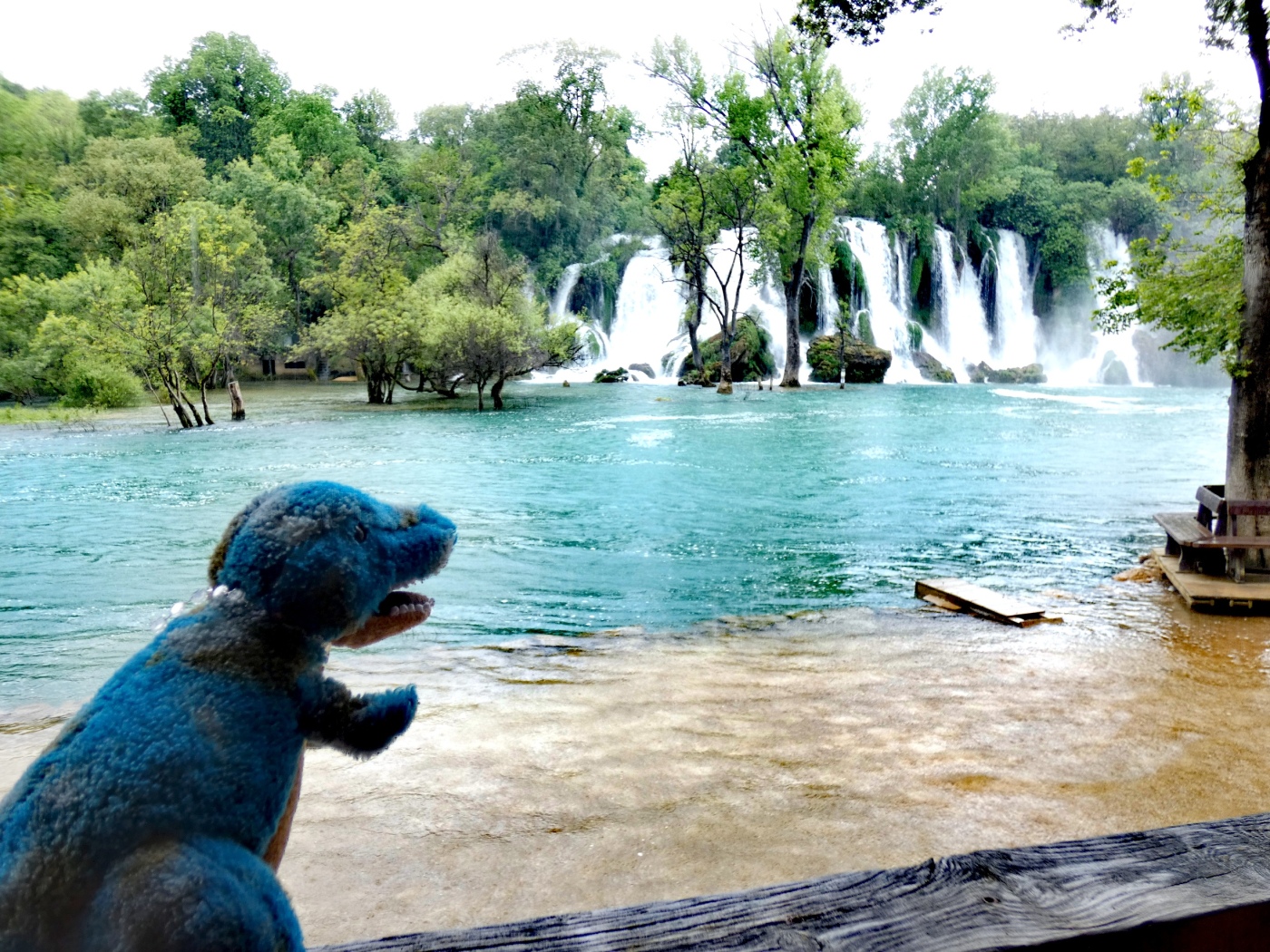 “Bosnia?”, “Isn’t there a war there?”, “Why would you want to go there?”, “Bosnia simply isn’t safe, there are landmines everywhere”.

Nothing in the world is more dangerous than sincere ignorance

Believing most of the statements above, sadly I fell into the category of blissful ignorance when thinking about Bosnia. But, I’m a lucky dinosaur who travels alongside a photographer who loves visiting places which have fell off the tourist radar. This energetic and bewitching Balkan enigma became apparent when I was looking for activities in Eastern Europe. It quickly joined my to visit list (and was top of my photographers), but the main issue was how to get there. Until … I received an email with travel day trips, not usually my style, but there was one to Bosnia & Herzegovina, on sale too! Feeling the alignment with the universe, my photographer booked tickets before I had time to read the itinerary.

The next day I was off to explore country number 9 with Laus Travel. It was an early start, 7:15 am, this adventursaurus hates early starts, but I am willing to do anything to beat traffic at border crossings. A friendly human drove me from my hotel to the mini bus, which had picked up some other humans in Dubrovnik. I was to spend the day travelling in style. I had my own window seat, on the newly refurbished mini bus, which had huge windows so I could see the views on both sides. The guide Sylvia took my passport, along with everyone else, so we could easily get through each of the 6 border crossings. My guide was very friendly and full of knowledge about the area. I finally found out where I would be visiting; Neum, Kravice Waterfall and Mostar. The tour itself was very well laid out, I wasn’t travelling on the bus for more than one hour at a time. This is great if you struggle with sitting for a long time, not that I minded because the Dalmation Coast is beautiful. Humans with vertigo or motion sickness should stock up on medications because the some roads are very windy and scary! (I hid in the handbag of doom for part of the drive). 45 minutes and one border crossing from Croatia to Bosnia later I had arrived at my first stop.

Bosnia has a small coastline, 12 km, it is the second smallest in the world. I had no idea I would get to see the coast on this trip. It was only a short coffee stop as some humans had joined the trip really early and needed breakfast. I chose to wander outside and enjoy the view. Steep hills covered in wild flowers led down to sandy beaches. I even got to wave at the Peljesac peninsula over the water. I just love seeing wild flowers everywhere, I think I visited at the perfect time to see them. This sleepy seaside town seems like modern life has passed it by, I was delighted to see an older woman walking a herd of goats down the road. Neum provided me with a wonderful break from the craziness and busy tourist areas around Dubrovnik. I was surprised to see cheap prices in Bosnia, and very pleased to see that they accept Euro and Kuna, as well as their own Bosnian Mark. A one euro coffee and 0.80 cent litre of water made for a great breakfast and set me up for the next leg of my journey on the mini bus.

Kravice “little cow” waterfall is a natural site located in the Herzegovina region of the country, in a government protected national park. Located on the Trebižat River, where water cascades off the limestone rocks 25 metres down into the emerald lake below. It does have a 3 euro entry fee but I could really see how the money was being used to make the place better. I had heard comparisons between Kravice waterfall and Plitvice Lake in Croatia. So I was worried the waterfalls in Bosnia would be small and underwhelming, but it wasn’t.

The bus parked at the top of the hill and I was to walk down to the falls, after a brief warning about the wildlife. Good news is; there is a train to take those who struggle with steps down the very steep hill (1 euro). I was less than halfway down the hill when the heavens opened. The train suddenly seemed very tempting. But, I chose to walk as I could already see the waterfall peeping through the trees. The path came out at the top of one fall which provided a unique look at the icy waterfalls. I visited in May so it was rather quiet, except for the noisy waterfalls. The best part about rain, it allows the waterfalls to show off all of their power and beauty. There are restaurants, places to sit and swim, and even a boat to ride. I stood on the balcony of the restaurant to hide from the worst of the rain, luckily it had a beautiful view. But the rain meant a short visit, followed by a mad dash up the hill to the nice dry bus. If it was better weather I’d have happily spent a few hours here.

The abandoned buildings and smaller waterfalls brings out a unique state of natural beauty that I have never experienced before. Bosnia truly is an area of resilience and really hospitable humans. An elderly Bosnian lady was more than happy to point out the toilet facilities, even with a language barrier, while her herd of sheep gathered around us.

First impressions of Bosnia were nothing short of amazing. It’s a country that is out of the spotlight because of the past conflicts, but shouldn’t be. One day was a great first meeting, although I would love to have had more time to explore the country in detail.

Back on the bus, it was time to dry off on the radiator and enjoy the scenery as the minibus made it’s way to Mostar.

This jam packed tour was with Laus Travel, you can find out more about it here.