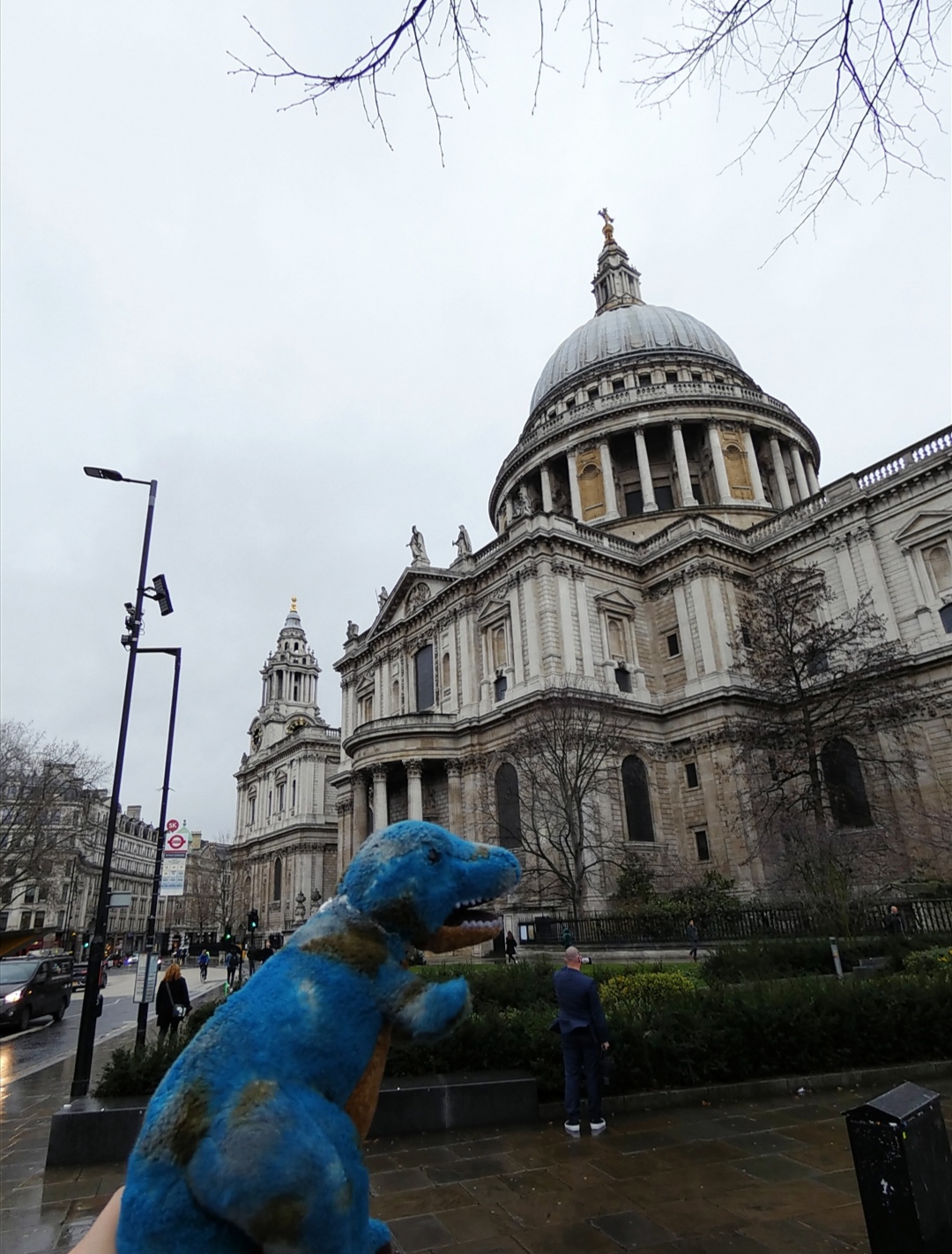 One of my 2020 new years resolutions is to explore more of the UK, so I jumped at the chance of spending an afternoon in London. Many travel bloggers that I follow simply love London; safe to say I had high expectations. The driver of the National Holidays coach offered to drive to a few of London’s iconic sites, with my limited time in the city I decided it was a great idea.

St Paul’s Cathedral is a lot bigger in reality than I had imagined. A very beautiful building in the centre of London which is sadly surrounded by the modern buildings of London’s stock exchange. Its a beautiful contrast between old and new, but I couldn’t experience the cathedral in full because I was surrounded by busy humans. On the streets surrounding St Paul’s there were some big words, what they were there for; I do not know. But they did look very arty.

Up next was a drive through the West End to see the bright lights. I would love to return one day to see a show. The architecture in London is amazing; The Royal Courts of Justice look like something out of Harry Potter.

Driving through Westminster was underwhelming. Big Ben was hidden by scaffolding and the police presence meant the main square was deserted. Safe to say we didn’t stay here long.

Buckingham Palace was rather busy (I realised later that HRH Prince William was handing out MBE’s and knighting humans). I didn’t get to see the changing of the guards because of this. They were standing in their guard boxes pretending to be statues. But, I did get to really embarrass my photographer, with the help of one of the Palace’s armed guards. We did some posing behind the Palace gates! No invite for tea with the queen this time, but an exciting adventure nonetheless.

That was the last stop on my speedy sightseeing of London. I was hungry and sick of rushing about, so I decided to head back to Oxford Street to find some food. Playing it safe I went to a small Italian off the main shopping street, great food and my new life motto was on the wall.

I will be honest and say London isn’t my favourite city. Its busy, smelly and all the humans seem stressed. The rat race is truly upon you as soon as you pass the Watford Gap. My travel anxiety was at an all time high throughout my visit. I didn’t feel safe, I can’t put my finger on the cause of this unease but it was stewing in the back of my mind until I got back to the calm of my hotel. I won’t say I hate the city, everywhere has at least one good thing. For London it is beautiful buildings and friendly policemen.