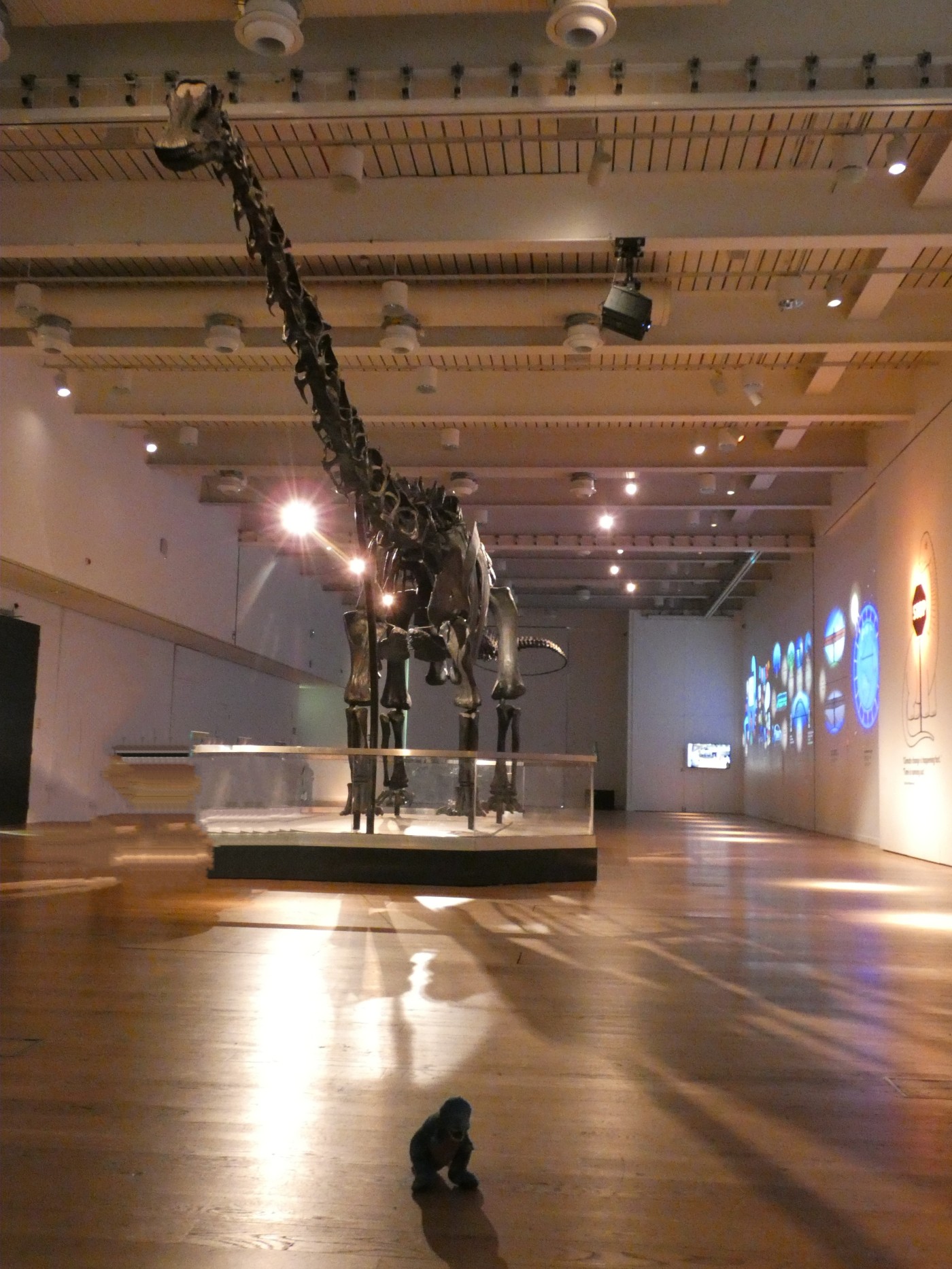 A rather famous dinosaur friend of mine, Dippy has been on tour around the UK for the past year. Unfortunately, I haven’t been in the same place as him, due to lots of very fun adventures. My photographer tole me I had to keep the weekend free no matter what. Begrudgingly, I did. Saturday morning came around and an early alarm woke me up (early Saturday mornings shouldn’t be allowed).

For those of you who don’t know Dippy the Dinosaur, he is a rather tall Diplodocus and is the dinosaur who made veganism famous. He is 21.3 metres long, whereas I am only 1 kit kat long. He is around 150 million years old and is probably the biggest animal I have ever seen roaming USA. Up until this adventure, Dippy has spent the last 109 years living in London. I’ve seen a replica of a sauropod dinosaur in Dubai Mall, but it was nowhere near as big.

I found Dippy standing happily in the exhibition hall of the Hancock Museum in Newcastle. He had helpfully left some foot prints on the way in for me to follow. My photographer decided we were going early because I am not great in crowds, especially when there are grabby mini-humans running around.

The room was cold and dimly lit, Dippy had obviously just woken up too. Thanks to one of the helpful museum staff, I was able to spend a few minutes alone with an old friend. After this moment, chaos ensued. I’m so pleased lots of people are able to enjoy a piece of history for free.

There was a post box outside, so I wrote Dippy a quick note! Well I say wrote, my photographer did that part because my arms are too short to hold a pen. The letters are going back to London so Dippy can read them once his big adventure is finished.

I had tried to take a selfie with Dippy whilst in the exhibition hall, which is a lot harder than humans make it look, he was just too tall and my arms too short. The museum worker brought me a 3D printed copy of Dippy’s head. An amazing thing to see, especially up close.

After a quick coffee and cake stop, I headed downstairs to say hello to a few other dinosaurs, all bigger than I. Some were just skeletons, others way more life like. But, I did notice how they were all a lot bigger than I remember.

On the way out I found a selfie booth and a dinosaur hat, neither of which I could refuse. Then it was time to leave the museum, an early start turned into a great Saturday spent with friends.

3 thoughts on “Dippy the Dinosaur”