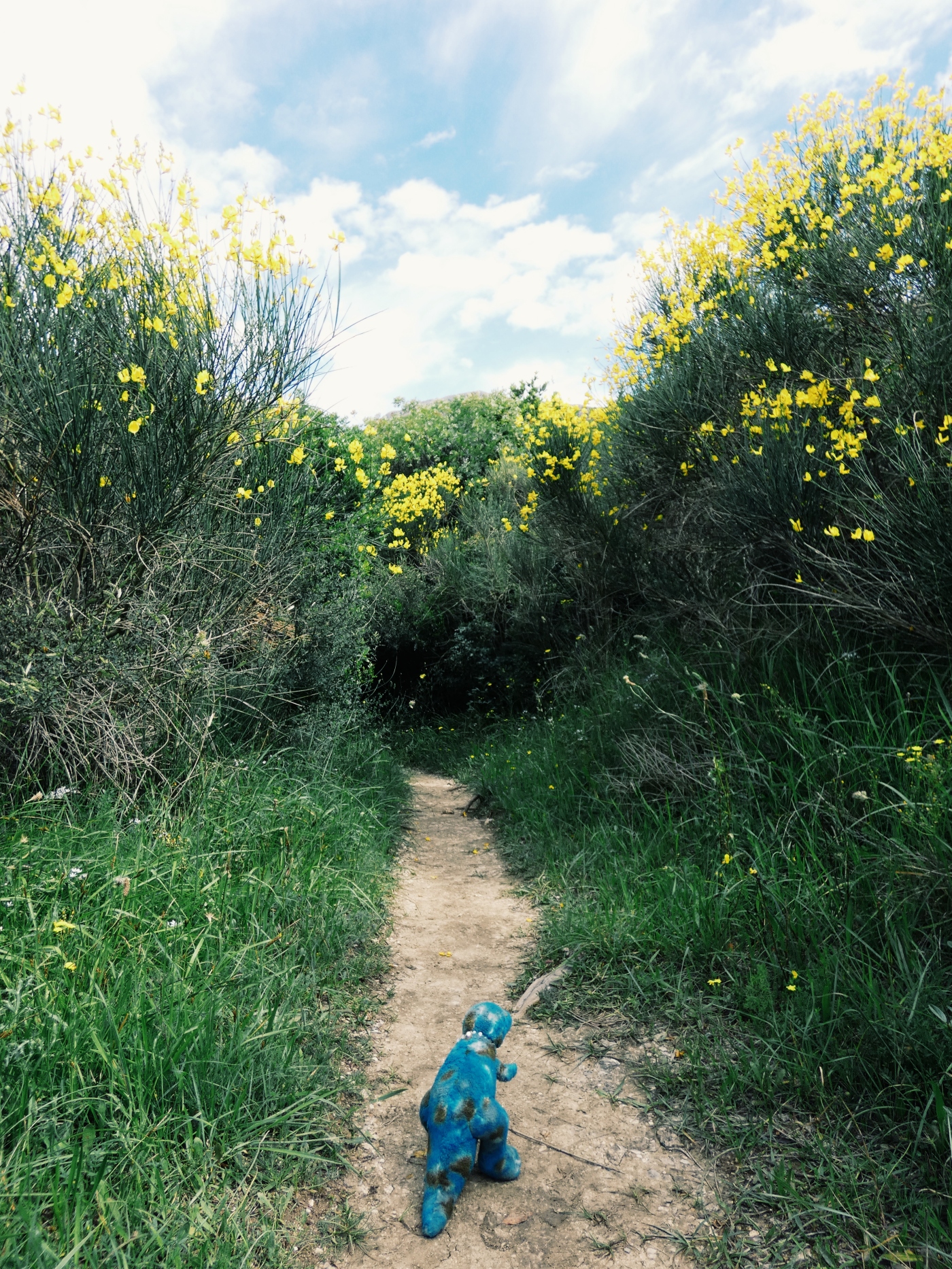 My hotel in Mlini was perfectly situated for hiking to other villages and into the hills (but I wasn’t feeling that adventurous). I love walking, especially if it allows me to get off the beaten track and see the less touristy part of Croatia. For once none of the hikes I went on were over 3 miles (5 km), instead of aiming to go vast distances , I chose to enjoy a slower and more relaxed pace to enjoy the Croatian scenery. I managed to fit 4 hikes into my week long stay in Mlini.

Leaving the hotel and walking towards the small apartments lies a small path hidden in the trees. The first part is winding steps which take you to a crossroads. The steps veering away from the path led down to a nudie beach; my photographer found out the hard way (much to my amusement).

Continuing along the path took me to an abandoned building, which used to be a thermal bath house. Nowadays, nature is reclaiming this once beautiful building. Visiting Croatia in the end of May allowed me to see all of the wildflowers in full bloom.

I loved the staircase leading to the sea, it was hard to walk down but exciting to see what the inside of the building once looked like.

Further along from the abandoned building was a rocky beach. Sadly my path on to Plat and Soline was too overgrown to walk on. So I had an impromptu rest (the restaurant was closed but I had brought snacks). Then it was time to retrace my steps back. I enjoyed going past the bright yellow gorse which smelt wonderful. I even made a friend, a small blue butterfly who seemed to love the wild flowers as much as I do!

Another day, another exciting hike planned; this time I was going a bit further afield. This hike began with a steep climb up a staircase, which briefly took me onto the main road.

Once again I followed the brown signs which kept me informed that I was on the correct road and how far I had left to walk. The first stop was the small village of Soline. There isn’t really much in Soline except some very vocal frogs an incredible sight and sound (I thought it was pigs at first). The views over to Mlini and Cavtat were beautiful, one bonus of the earlier climb up the stairs.

Heading to Plat from Soline took me along a dirt track and a few abandoned houses. I was also lucky enough to see two snakes (very scary), I never thought I would meet a reptilian relative in Croatia! I’ve since found out that they were Pseudopus apodus, which is in fact a type of lizard. Although they looked like snakes when I saw them, I have since done some research because they are like nothing I have ever seen before. They had a tan colour head that faded into a red/brown body with two long slits running laterally on each side. Apparently they have 2 tiny legs but I didn’t see any and they can grow up to 5 feet (150 cm) long, thankfully the two I saw were a lot smaller.

Leaving the glass lizards to happily slither in the grass, I continued on the path to Plat. Finally, finding a downhill slope to take me to the beach! I think at one point you could walk to Cavtat, but the police have a private harbour at Plat so my hike ended there. Not before a well earned cappuccino on the beach though.

I managed to make it most of the way back to my hotel along a coastal path, except for the end which involved another steep hill to climb.

This was the shortest hike I went on in Croatia and my favourite because it rained. OK, I know I sound crazy. For me there is nothing better than watching the rain hit the ocean, its just so relaxing and pure. As Croatia is so green I was able to hide amidst the pine trees. The bay sweeps around, almost in a full circle so I was able to look back over to my hotel and also to Cavtat, to see the brave water taxi’s bobbing around in the torrential rain.

There are lots of seats and restaurants hidden in the trees on this walk into Sbreno, I really enjoyed walking this was on an evening as the sunset painted the sky and the cliffs surrounding the villages.

3 thoughts on “Hiking in Croatia”